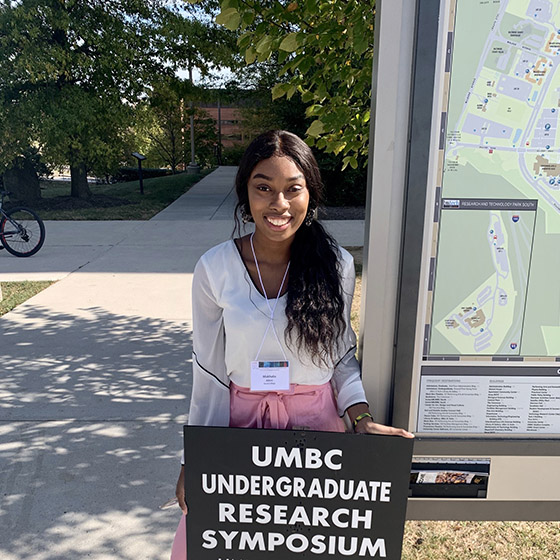 Makhalia was awarded a first-place prize for her poster.

My research is centered around finding a way to make biofuels a more cost-effective alternative to fossil fuels. Second generation biofuels use materials such as agricultural wastes, as feedstocks to produce transportation fuels. Although the feedstock is inexpensive, the processing, particularly the cost of the enzymes to break the biomass down into simple sugars, is expensive.

One way to notably reduce the cost of this overall process would be to reuse enzymes. This research study is to modify carbohydrate binding modules (CBMs) to facilitate their recovery for use in multiple reactions. By engineering a CBM with a melting temperature (Tm) that is below the Tm of the native enzyme, we could control the binding of the enzyme to switch on and off in order to facilitate enzyme recycling. Various mutation of CBMs were created that we predicted would lower the Tm but not interfere with the binding ability. 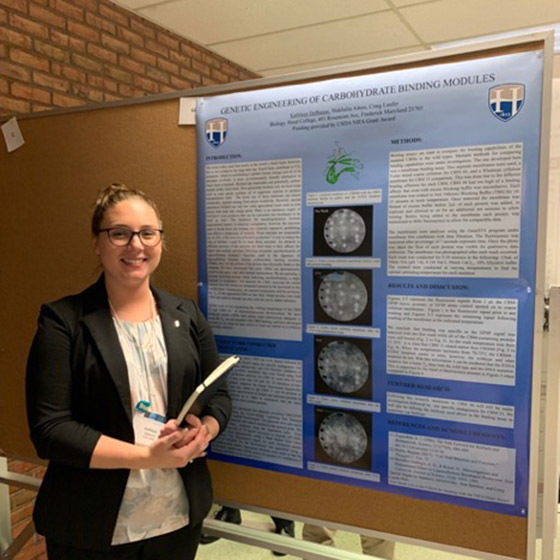 Over summer 2019, I had the pleasure of working with Dr. (Craig) Laufer in the biology department on his biofuel research. Biofuels are an attractive alternative to fossil fuels because they are renewable and potentially carbon-neutral, meaning “eco-friendly.”

However, biofuel production is expensive. Biomass used to make biofuels—such as beet pulp, orange peels or corn husks—are relatively inexpensive, but the enzymes used to break down that biomass are relatively expensive and non-reusable. So, a proposed way to reduce the cost of biofuels would be to find a way to reuse said enzymes.

An obstacle we face when trying to retrieve these enzymes is that they are “permanently” bound to a small piece of the agricultural waste even after a majority of it has been processed. When an enzyme is heated up to a certain temperature, it will unfold and become unfunctional. However, with the carbohydrate binding modules (CBMs) we are currently working with, they can spontaneously refold when brought back down to a lower temperature.

Our research is focused on genetically modifying the CBMs to lower the temperature at which they unfold because, though the CBM can refold and continue to work, its counterpart, which is also needed to breakdown the biomass, does not have the same ability. By changing the melting temperature of the CBM, we are then able to recollect the enzyme after it has completely “digested” the agricultural waste and reuse it while also keeping both pieces functional. 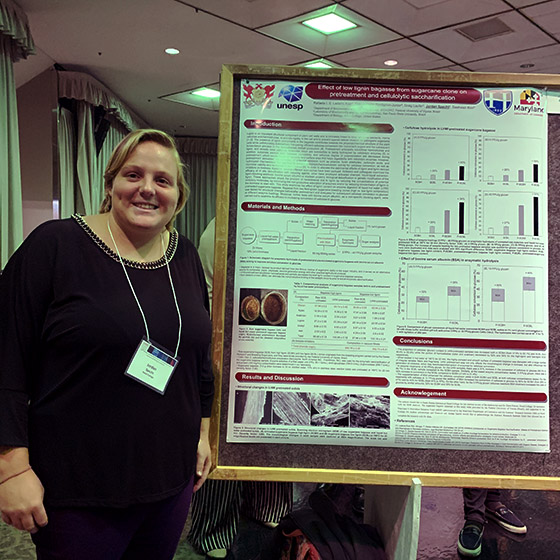