A total of 34 student-athletes took home awards in various departments.

Among the awards presented was the White Blazer Award, established by the athletic department. It honors one male and female student-athletes from the senior class in recognition of outstanding academic accomplishments, significant contributions to the community and excellence in intercollegiate athletics. This award is grounded in a rich Hood tradition when a single member of each graduating class from 1921 to 1969 was honored as a White Blazer Girl for outstanding achievements in academics and athletics: Nate Luscombe, baseball; Hailey Poisal, field hockey.

The Beta Beta Beta Award is presented to a high-ranking student in biology 100-200 level courses upon the recommendation of the biology department: Cailyn Barthlow, softball; Sam Plinke, women's soccer and track and field; Jordan Specht, softball.

The Rouse Graduate Scholarship is awarded annually to an outstanding senior biology major who has displayed excellence in scholarship, citizenship and sincerity of purpose, and who is planning to pursue graduate study in biology, medicine or an allied scientific field. George Parke Rouse Jr., M.D., established this scholarship to honor his wife, the late Elizabeth L. Chandler Rouse '36, and his daughter, Anne Rouse McDowell '69, Ph.D: Matt Ball, men's swimming.

The Dr. Ruth Esther Griffith Biology Award is awarded annually to a junior who has demonstrated excellence in critical thinking and communication skills in the field of biology and who is planning to participate in faculty-mentored research within the biology department: Chase Ross, men's soccer.

The Norm Gary Award was established in 2017 to honor the late Norman D. Gary, chair of the Department of Biology, teacher of microbiology and professor emeritus to a generation of Hood College students. This book prize is awarded to a top student based on their performance in their biology elective courses: Erin Scarborough, women's soccer.

Department of Economics and Business Administration

The Larry T. Campbell Memorial Prize is awarded to an outstanding student in the economics and business administration department. This award honors the memory of Larry T. Campbell, who was treasurer and comptroller of Hood College. Mr. Campbell was associated with Hood from 1968 until his death in 1981: Elias Nicholson, men's lacrosse.

The George B. Delaplaine Jr. School of Business Book Prize is awarded by the school's faculty to the top graduating senior in the study of management: Kyle Moir, men's golf.

The Hood College Retailing Club Prize is awarded annually to a senior management major with a concentration in marketing who is actively involved with the college or with the community, and who has achieved an above-average cumulative grade-point average. This award was established in 1982 by Retailing Club members through fundraising activities, and its purpose is to recognize academic excellence and leadership of students in marketing: Tyler Volentine, baseball.

Department of Chemistry and Physics

The Elizabeth B. Bower Prize, honoring the late Elizabeth B. Bower, is awarded annually to an outstanding student in chemistry. The prize was established in 1956 by the late Rebecca Ann Eversole Parker '55, who was inspired by Professor Bower to make chemistry her career. At the time of her death, Rebecca was studying for her doctorate in chemistry at Oxford University. In 1962, the Eversole family endowed the prize as a memorial to Rebecca: Max Riedel-Topper, men's swimming.

The Raymond L. and Louise K. Gillard Prize, endowed by Gary Gillard, assistant professor emeritus of information technology, is in memory of his parents. The prize is awarded annually to a student(s) based on merit: Ian Wittler, men's lacrosse.

The Computer Science Undergraduate Achievement Award is given to a senior student who has demonstrated continued excellence in computer science studies: Zachary Crossey, men's track and field, cross country and swimming.

Department of English and Communication Arts

The Alyce Weinberg Honor Scholarship, named in honor of the late Alyce Weinberg, is awarded to a senior majoring in English or communication arts who has done meritorious work in English, particularly in communications. Mrs. Weinberg established this scholarship because she believed firmly in the value of education. She took numerous courses at Hood as an adult learner, but she did not enroll as a degree-seeking student. Mrs. Weinberg could be considered the ultimate continuing education student, a genuine lifelong learner. She loved Hood, its professors and courses, and enrolled semester after semester to learn as much as possible. Sometimes she even repeated courses she liked particularly well. Mrs. Weinberg is the author of the book "The Spirits of Frederick". Her son, Al Weinberg '75, is an emeritus professor of journalism at Hood: Michael Amatucci, baseball.

Department of Global Languages and Cultures

The Edenia Guillermo Award is awarded to a senior Hispanic student who has achieved the highest academic record in four years of study. This prize was established in 1983 to honor Edenia Guillermo, professor emerita of Spanish, who taught at Hood from 1975 to 1983; she died in 2002: Max Riedel-Topper, men's swimming.

The Leah B. Allen Award in Astronomy, established in 1944 by Martha Stahr Carpenter '41, is presented to a student whose work in astronomy or mathematics merits special recognition. The award is named in honor of Leah B. Allen, professor of astronomy, who taught at Hood from 1927 to 1955; she died in 1979. Dr. Carpenter credited Professor Allen with being her mentor and encouraging her to pursue a career in this field at a time when few women studied astronomy: Kyle Moir, men's golf.

The C. May Hudson Prize is awarded to a senior mathematics major who has shown outstanding achievement in mathematics: Elias Nicholson, men's lacrosse.

The Linda Mae Snapp Memorial Award in Nursing was established in 2013 by Carol Snapp, Hodson Professor of Nursing, in memory of a family member. The prize is awarded annually to a student(s) in the nursing program based on leadership and service: Jorden Hahn, men's tennis.

Department of Philosophy and Religious Studies

The Catherine Filene Shouse Center for Career Development and Experiential Education Distinguished Intern Award, established in 2014, is presented to a student who successfully completes an internship either for academic credit or experience. This student receives exceptional evaluations from intern supervisors, and the student shows outstanding career attitude and professionalism: Susannah Noppenberger, equestrian.

The Ronald J. Volpe Scholars, established in 2014 by the Board of Trustees to honor Ronald J. Volpe, Hood's 10th president (2001-2015), is an endowed fund that supports a fellowship program with a focus on experiential learning, particularly through internship and research opportunities, both nationally and internationally: Dylan Beck, baseball; Celestria Hill, women's basketball.

The Dr. H. P. and Laughlin Award, established in 1991 by Dr. Henry P. Laughlin, H'03, emeritus member of the Hood College Board of Associates, and M. Page Laughlin, H'03, is presented to students who have made outstanding contributions to the College. Preference is given to a senior, although members of other classes in exceptional circumstances may receive special consideration: Brielle Rozmus, women's golf; ALonna Soward, field hockey.

The SGA Student Leader of the Year Award, established in 2012 by the Student Government Association 2011-2012 Executive Board, is presented to a student who exemplifies outstanding leadership and mentorship while having a positive impact on Hood students. The recipient is chosen by the SGA Executive Board from nominations submitted by students based on characteristics exemplified by Olivia White, vice president for student life and dean of students: Olanrewaju Aribisala. 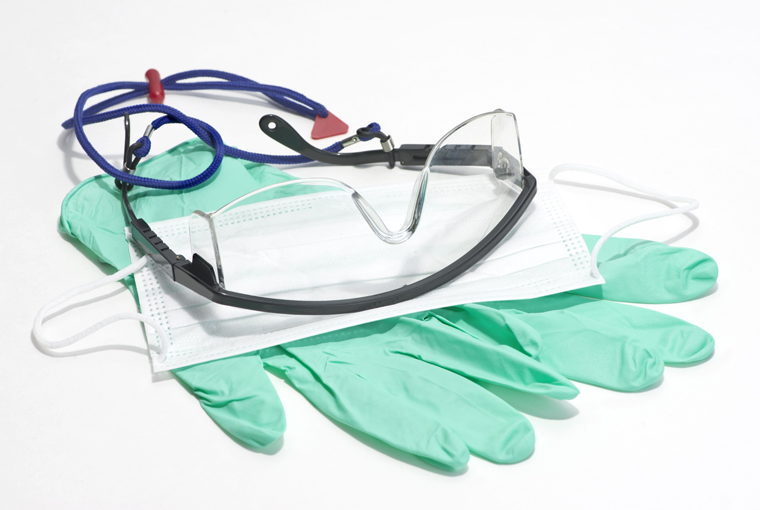 FREDERICK, Maryland—Hood College has partnered with several community organizations to help the effort against COVID-19. Hood’s Department of Nursing has… 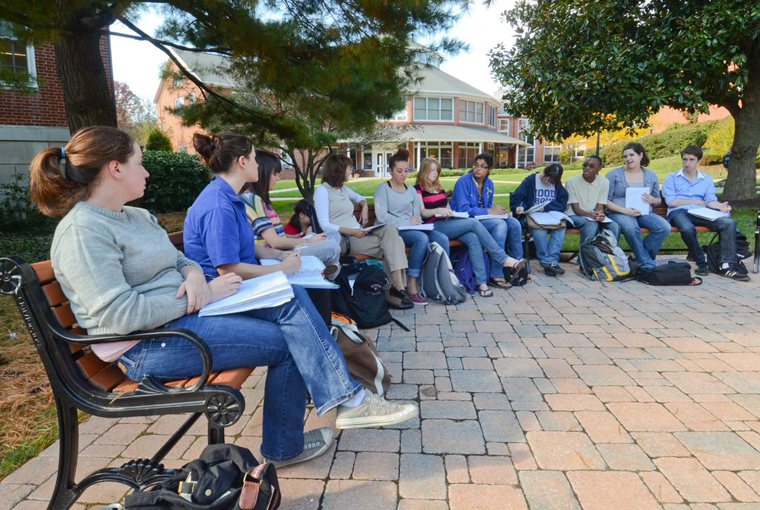 FREDERICK, Maryland—Hood College faculty members Shannon Kundey , Georgette Jones and April Morris were approved for promotion at the most… 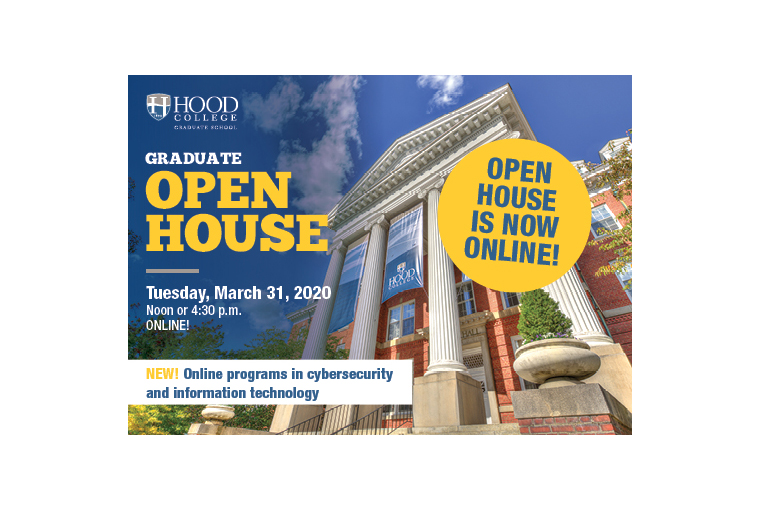 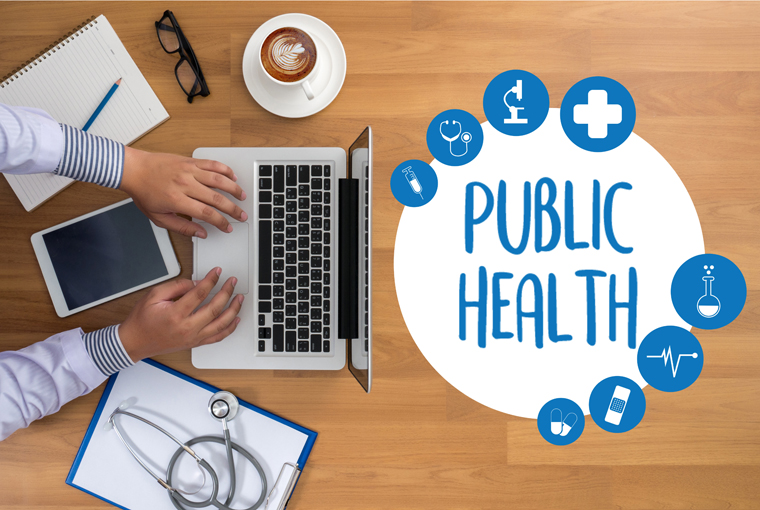 FREDERICK, Maryland—Hood College is launching a bachelor’s degree program in public health , which will be accepting students starting fall…