The Graduate School at Hood College has an experienced and dedicated team. Our mission is to help you achieve your personal, academic, and professional goals. 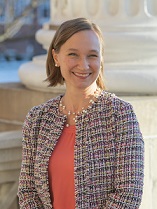 Dean April Boulton oversees all graduate students and curricular initiatives, along with graduate admission and enrollment operations. April joined the college in 2006 as an instructor of both undergraduate and graduate courses in the biology department. She served as the interim director of the environmental biology master's program in 2009 and became the program's director and assistant professor of biology in 2010. April was appointed as the associate dean of the Graduate School in spring 2015 and was promoted to associate professor of biology in fall 2016. In 2018, Dr. Boulton was officially invited to serve as the Dean of the Graduate School.

April has taught a variety of undergraduate and graduate course for the biology department and environmental biology program with a focus on climate change and insect ecology. Dean Boulton earned her doctorate in ecology from the University of California, Davis in 2001, her master’s in animal behavior from Bucknell University in 1997 and her bachelor’s degree—liberally trained with a double major in psychology and classics—from Centre College in Danville, KY in 1994. An insect ecologist by training, she has published in several peer-reviewed scientific journals and was awarded a research grant by the USDA to investigate control measures for the small-hive beetle, a pest of the commercial honeybee. Given her pollinator work, April was instrumental in the passage of the Maryland Pollinator Protection Act in March 2016, which also resulted in her appearance on the Kojo Nmandi radio show and an article in the Washington Post.

Prior to her Hood appointment, April served as an instructor, curriculum developer and new-faculty mentor for UMGC. Due to her online experience, she has developed and continues to facilitate two fully online trainings for Hood faculty interested in alternative, online delivery modes. She has given workshops in online delivery for the Center for Teaching and Learning (CTL) and has trained 50 plus Hood faculty from an array of departments, like computer science/information technology, foreign languages, nursing, education and psychology. She served as the interim director of the CTL during COVID (2020-2021). For all of her professional accomplishments and exceptional service to the College and its students, Dr. Boulton was awarded the Henry P. and Page Laughlin Faculty Professional Achievement Award in May 2014 and the Martha E. Church Prize in August 2018. 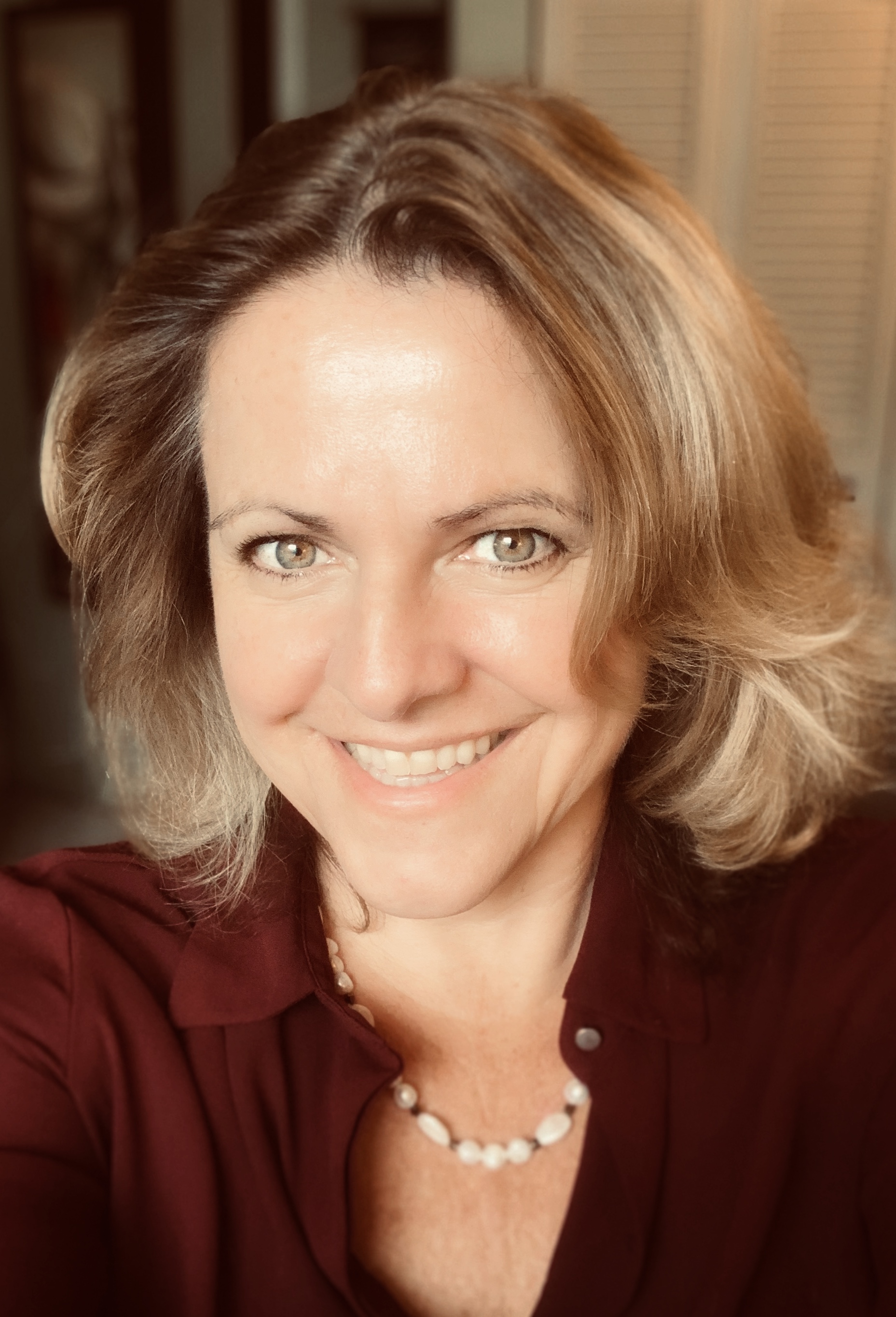 Tanith brings over 25 years of work experience in the field of higher education in the Washington, DC area at various universities, non-profit organizations and international education institutions.

Tanith oversaw study abroad and global education operations at George Mason University and the Catholic University of America.  She then worked at  NAFSA: Association of International Educators as Senior Director of study abroad and diversity-leadership initiatives. Prior to joining Hood College, Tanith worked as Director of Membership & Outreach at the College Consortium of International Studies (CCIS) where she was responsible for international partnerships and academic collaborations.

Tanith was born and raised in Monaco and the South of France where she completed a Baccalaureate in Literature & Philosophy with Honors in the French education system. She earned a bachelor’s degree in International Relations at the University of California, Riverside and completed her master’s degree in International Communication at American University in Washington, DC. Tanith is bilingual in English and French and conversational in Italian and Spanish. She has traveled to most continents and is passionate about higher education and cross-cultural engagement. Learn more about Tanith through her Hood "Get to Know a Blazer" podcast interview.

Tanith is the point of contact for Hood College military graduate applicants. She is also the admission liaison for the following programs: 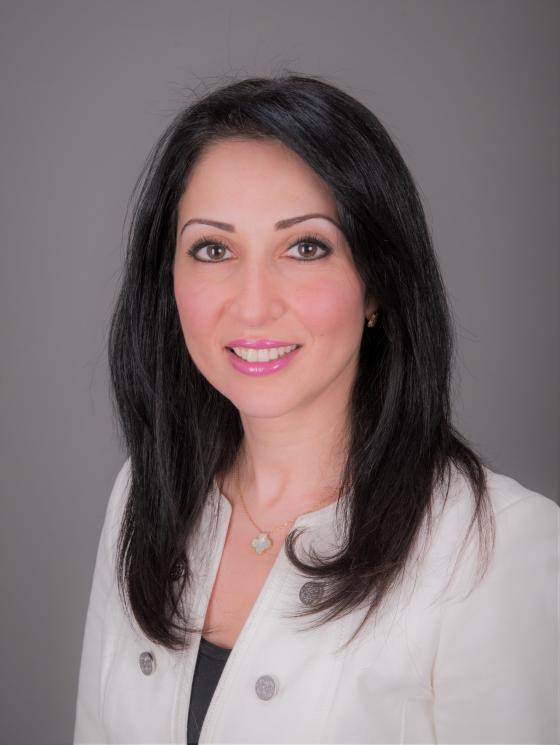 Amani brings over 15 years of international experience in higher education with a strong commitment to helping students achieve their academic and career goals. Amani is originally from Palestine. However, she was born and raised in Kuwait and then immigrated to Canada where she earned her Honours Bachelor of Arts in Sociology and Economics from University of Toronto. She obtained her Master of Business Administration (MBA) from Hood College and was inducted into the International Business Honor Society, Delta Mu Delta. Amani is bilingual in English and Arabic and enjoys travel abroad.

She started her post-undergraduate career as a Research Assistant at the University of Toronto, then worked at the American University of Kuwait as an Admission, Scholarship & Financial Aid Counselor. In 2010, she moved to the United States and worked at the Universities at Shady Grove as a Career Counselor and Internship Coordinator. In 2018, she began her career at Hood College in the Career Center as an Assistant Director. In that role, she worked closely with international students through career services, one-on-one counseling, CPT/OPT workshops, and numerous special events. Her interaction with international students deepened her appreciation of their experiences and contributions to the Hood community. 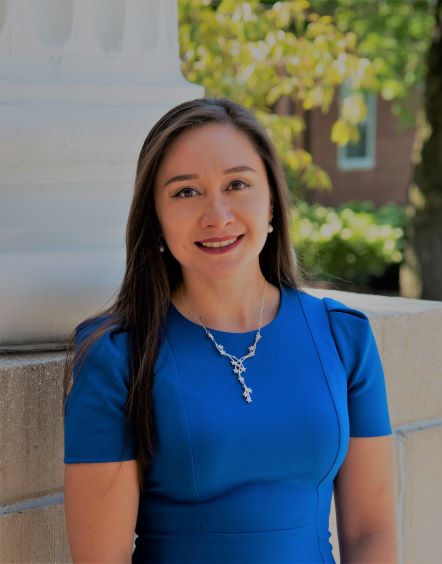 Vanessa Solis is originally from Ecuador, where she received a Bachelor’s degree in Music Performance from Universidad Espiritu Santo in Guayaquil. She recently completed her Masters of Music in Violin Performance at the Shenandoah University, where she also worked as the Manager of the Shenandoah Symphony Orchestra.  As an international student studying in the U.S., Vanessa had the opportunity to work as an admissions counselor for Manor College in Philadelphia. In this role, she organized recruitment efforts for international students and assisted with international partnerships with Latin American universities.

While living in Ecuador, Vanessa organized a festival called “Jovenes tras las Huellas de la Música” where she raised money to bring talented young musicians to her home city. In addition, she assisted with festival marketing efforts to showcase the impact of classical music on youth. That opportunity allowed her to organize different types of musical events throughout Ecuador.

Vanessa is part of the Mid-Atlantic Symphony Orchestra and The National Symphonia. She also teaches violin in her spare time to high school students who want to pursue music as their career.  She has a passion for providing student guidance and loves being part of the Hood Community. Learn more about Vanessa through her Hood "Get to Know a Blazer" podcast interview.

Vanessa is the Graduate School point of contact for diversity & inclusion initiatives. She is also the admission liaison for the following programs: 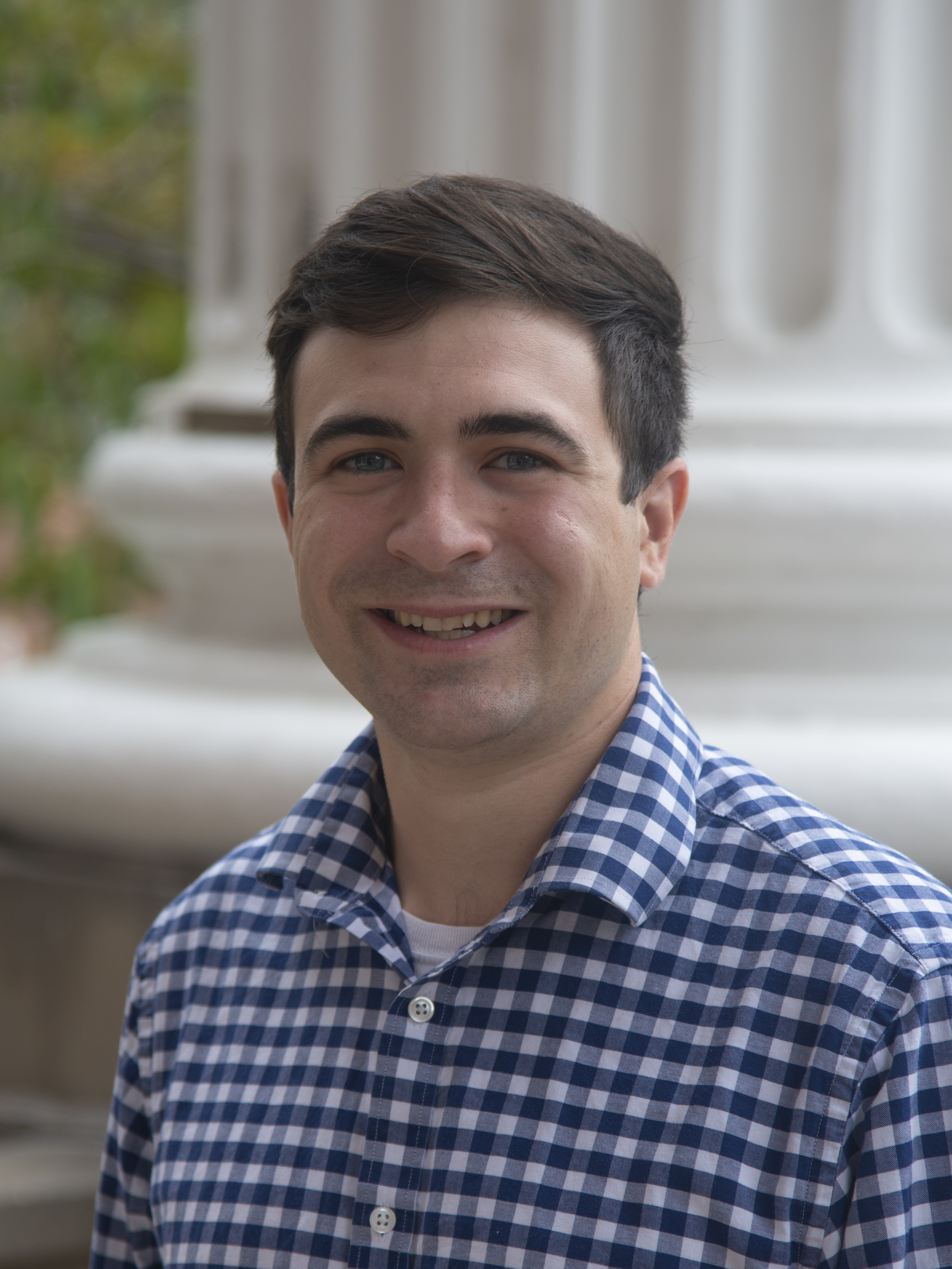 Nick is originally from Madison, New Jersey and is 2017 graduate of Hood College with a degree in Business Administration with a concentration in Marketing and a minor in Public Relations. During his time at Hood, Nick was a four-year member and middie of the men’s lacrosse team. He actually started his admission career during his bachelor's as a tour guide for undergraduate admissions.

After graduation, Nick was hired as an admission counselor at Drew University in New Jersey, where he worked as an undergraduate and transfer admission counselor overseeing multiple territories in Northern New Jersey. Nick was also a member of Drew’s campus experience team, where he managed the student ambassador program and was an assistant coach for their men’s lacrosse team. Nick then became the enrollment specialist at Saint John’s Catholic Prep in Buckeystown, MD. At Saint John’s, Nick was responsible for multiple roles including general recruitment, outreach to local primary schools, and scheduling campus visits.

Outside of The Graduate School, Nick enjoys lacrosse and has been coaching at various levels for over 6 years. Nick is the Graduate School point of contact for the 4+ dual-degree and ALTY scholarship programs. He is also the admission liaison for the following programs: 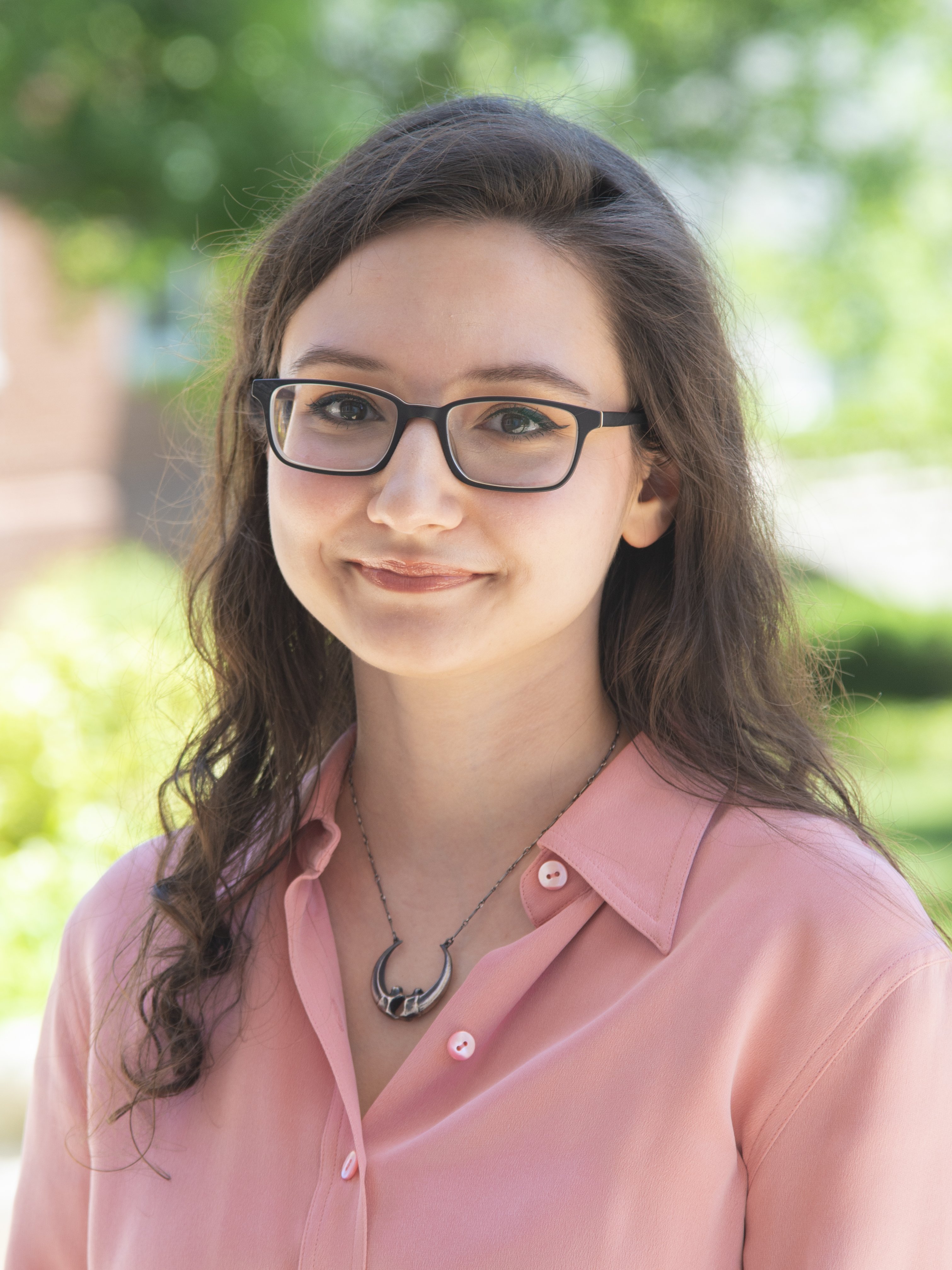 Kalina Simeonova is a graduate assistant for the Graduate School, providing support to staff and students. She earned a B.A. in Psychology with a minor in French Studies at the University of Maryland, College Park in 2018. Kalina is currently earning her master's degree in Clinical Mental Health Counseling at Hood College, and is passionate about using her interpersonal skills to help others flourish. 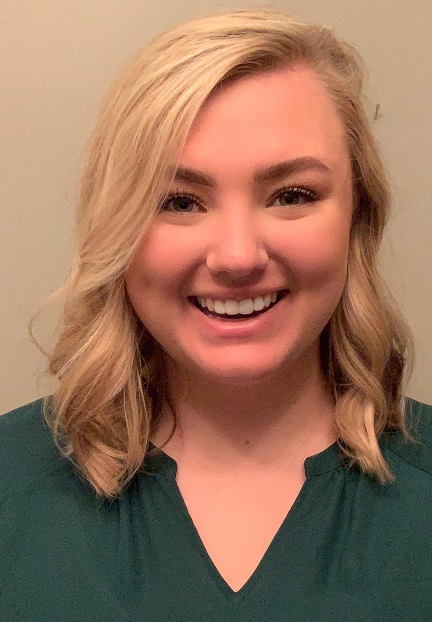 Alexis Ogren is the Graduate Student Success Coordinator, which oversees many initiatives associated with all graduate student success and wellness. Originally from the Frederick area, Alexis attended High Point University in North Carolina and received her B.S. in Psychology and Criminal Justice in 2020. There, Alexis gained experience working in student life and success, sexual assault prevention and facilitating a positive learning environment for students. Alexis is currently earning her master’s degree in Clinical Mental Health Counseling here at Hood College and is passionate about connecting with graduate students and becoming a resource for student success. 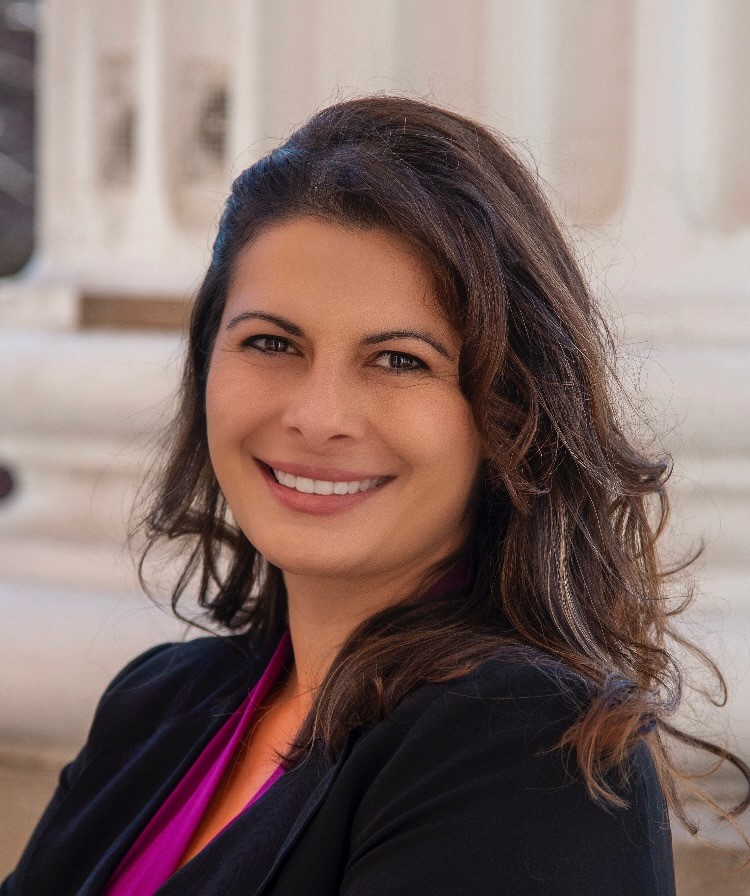 Born to a Pakistani father and Colombian mother, Sonia came to America at a young age where she has thrived—earning degrees from UMD, UMGC and Georgetown University. Past positions have involved youth development with the M-NCPPC and the National Recreation and Park Association. She is an active volunteer with scholarship organizations that enable young women to pursue their academic ambitions, such as the Distinguished Young Women of Frederick County and the Miss America Organization, where she currently serves on the Diversity, Equity, and Inclusion Task Force. Sonia and her family reside in Urbana, Maryland.

Sonia is very excited to join Hood College and to contribute to the continued success of the doctoral program (DOL and DBA). 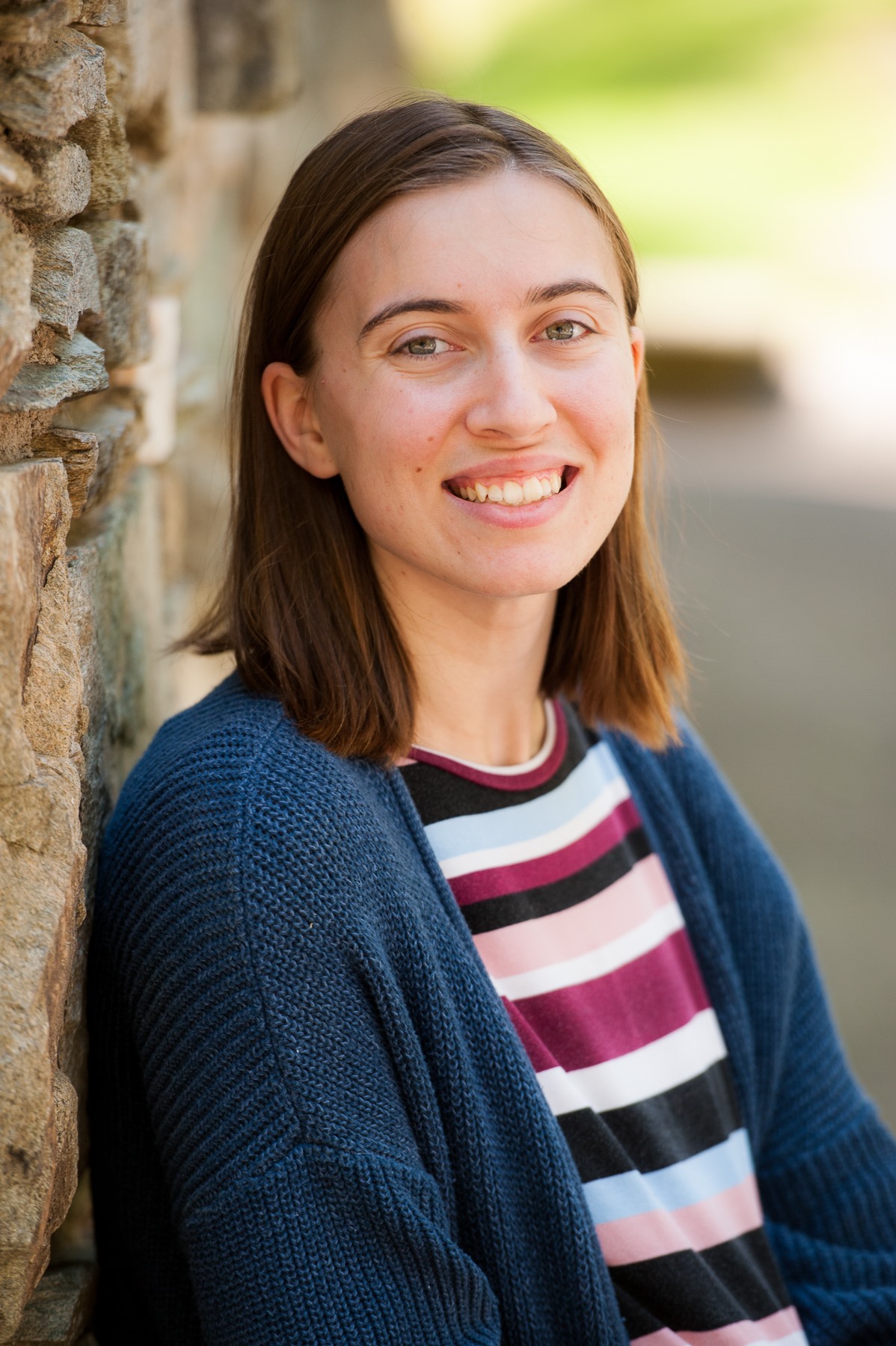 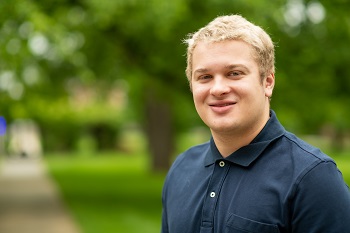 Cameron was inducted into the Alpha Lambda Delta and Chi Alpha Sigma Honor Societies while studying at Hood. In his spare time, he enjoys writing fiction, reading, and swimming. 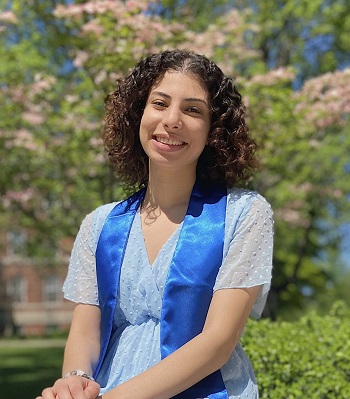 Omnia Salem is currently enrolled in Hood's Clinical Mental Health Counseling graduate program. She graduated from Hood College in 2021 with a Bachelor of Arts in Psychology and minors in Social Work and Management.

She was also a Blazer Ambassador at Hood College Undergraduate Admissions. Omnia participated in the Student Government Association, Circle K, and Psychology Club, and volunteered at The Mental Health Organization in Frederick, MD.

In her spare time, she enjoys reading, photography, and running her own podcast, Not Ready to Grow Up.

Are you ready to go further?