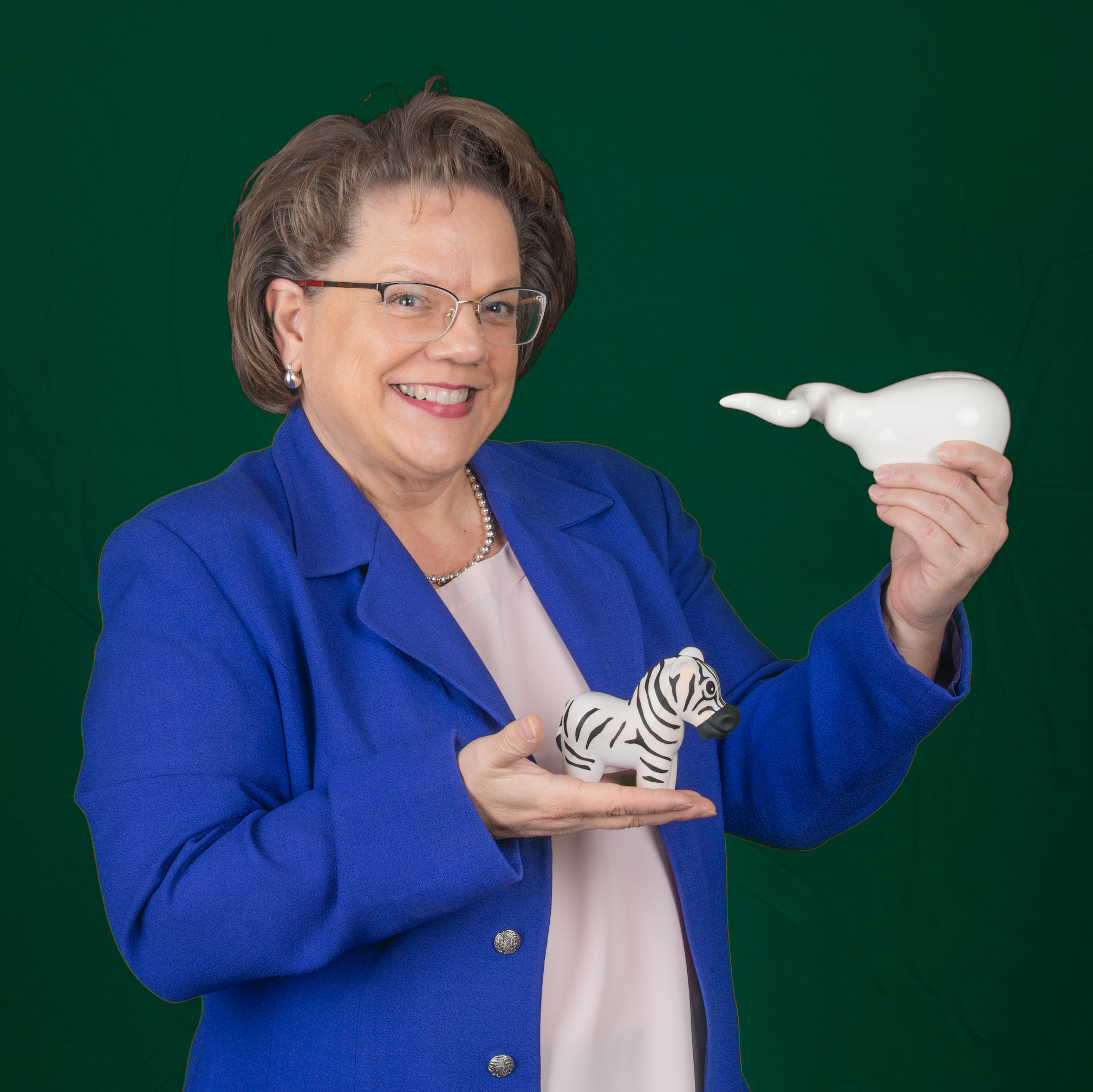 Debbie Ricker with a "sperm bank" and stress zebra.

A native of Mars Hill, N.C., Ricker is coming to Hood from York College of Pennsylvania where she is currently the dean of academic services. In that capacity, she oversees academic advising, career development, professional excellence, disability support services, study abroad and global education and community education. She serves as an advocate for more than 200 faculty advisers and supervises 20 staff members.

Ricker began her administrative experience at York in 1996 as a coordinator of the secondary education program in biology. She has served in that capacity until 2002 when she became chair of the department of biological sciences, leading more than 300 students, 15 faculty members and two staff members. In 2008, she took the role of associate dean of academic affairs where she stayed until she accepted her current role in 2010.

She helped lead the design and deployment of York’s new general education program called “Generation Next.” The curriculum is focused on closer coordination of courses, vertical integration of core competencies within each major and systematic, ongoing assessment of student learning outcomes endorsed by the campus community. The curriculum includes a cohesive first-year seminar, foundational courses, disciplinary perspectives and constellation components, as well as co-curricular learning opportunities, many of which are administered through the division of academic services.

Along with her administrative positions, Ricker was an assistant professor from 1995 to 2000. She was promoted with tenure to associate professor in 2000, and she has been a professor of biological science since 2010.