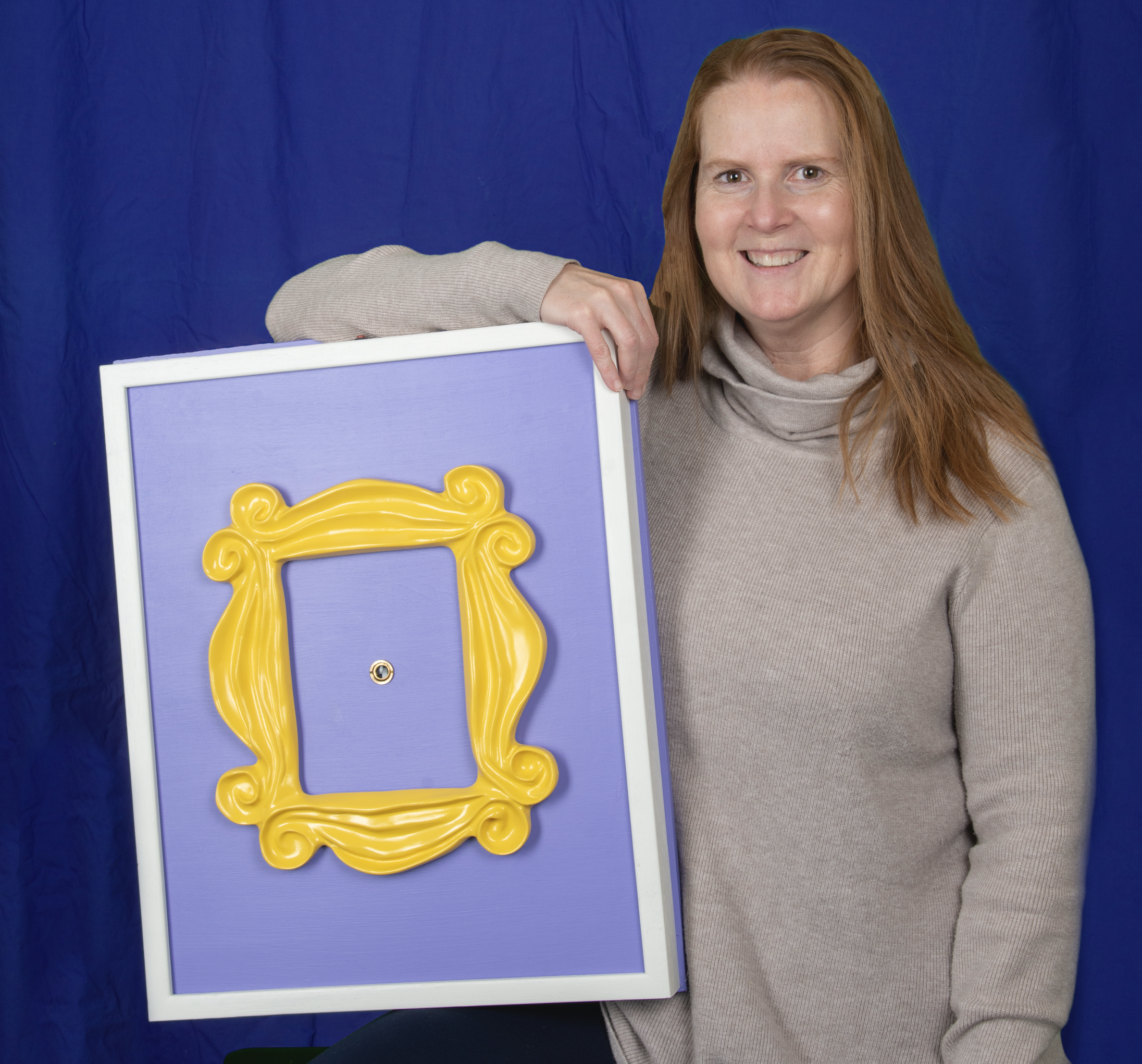 Laurie Ward with her "Friends" frame.

Before coming to Hood, Laurie served as the chief marketing and communications officer at Delaware Valley University and the director of client marketing services at Ithaca College. Prior to her higher education experience, she was the public relations director at the Babe Ruth Birthplace and Museum in Baltimore. At all three institutions, she was responsible for a rebrand and the roll out of a new logo.

A native of upstate New York, Laurie received her bachelor’s degree in communications/journalism from St. John Fisher College in Rochester.

Laurie lives in Frederick with her rescue dog, Tino, and is an avid baseball fan. She is excited about being in an American League market again.