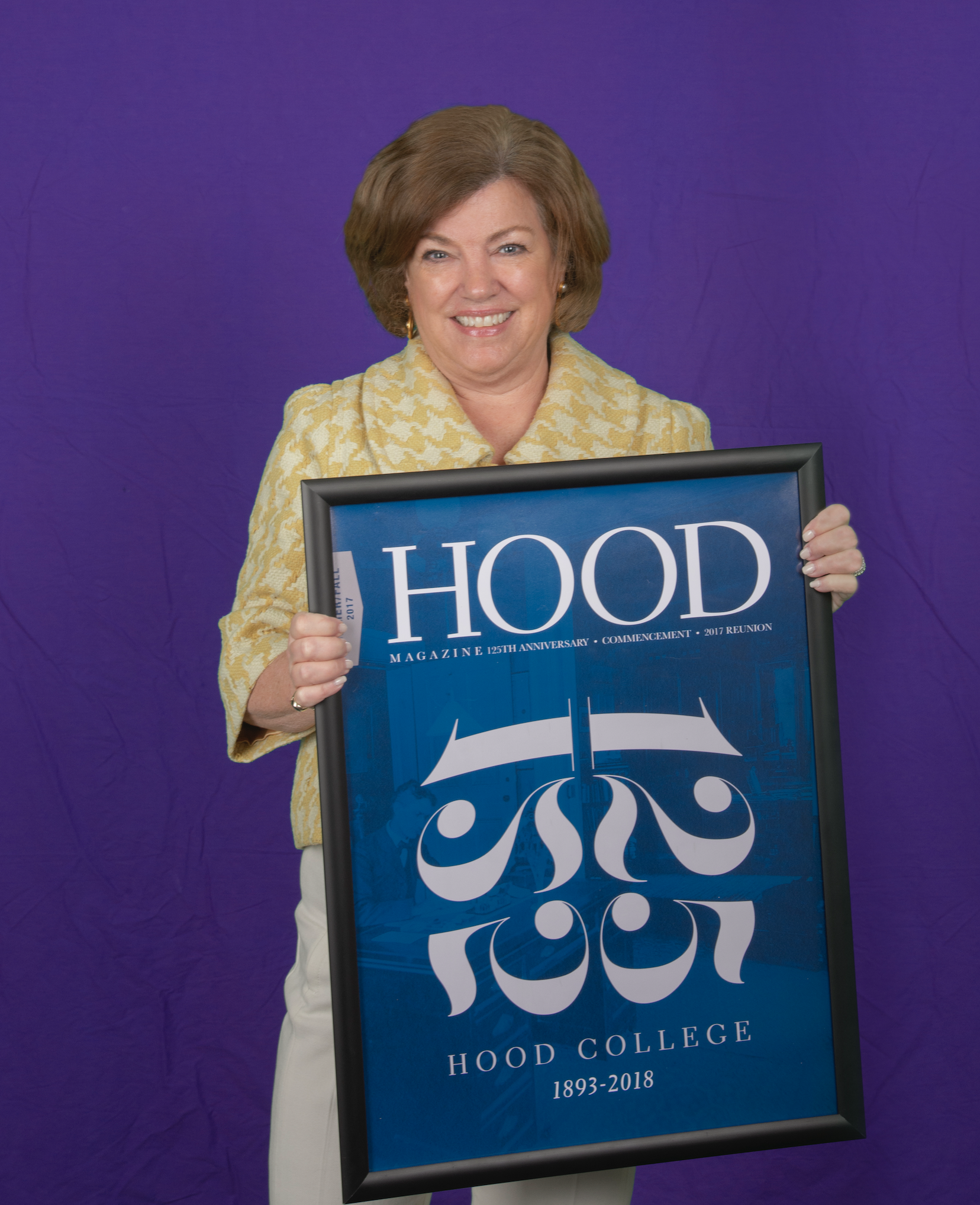 Nancy Gillece with the magazine cover from the College's 125th anniversary.

Nancy Gillece leads the College’s division responsible for annual and planned giving, alumni relations, major gifts to the College, and corporate and foundation relations. She serves on the president’s six-member executive committee.

After graduating from Hood with a bachelor’s degree in political science, she served for five years as an admission counselor and later as associate director of the College's admission office. She was appointed the director of admission in 1986 and served in that position for 10 years. From October 1996 to July 1998, she served as a major gifts officer for the College.

After serving in fundraising and as executive assistant to the president and secretary of the corporation at Mount St. Mary’s between 2000 and 2004, Nancy returned to Hood as its sole major gifts officer.